Dangers of Dementia and Gun Ownership

The Waterford strives to be Lincoln’s home for information on aging. We hope to encourage individuals to look at the process of aging as one of beauty and dignity because there are few things in this world more gratifying than serving some of the wisest and most interesting people in our community—the elderly!
Unfortunately, aging also comes with new hurdles and hindrances. One that has been affecting communities across the country, even some right here in our own state. Firearms are the basis of many an exciting pastime in the Midwest—hunting, trapshooting, and even quick trips to the gun range are all common occurrences for many Nebraskans. However, as the number of individuals diagnosed with Alzheimer’s is on track to triple by 2060, what happens when guns remain in the homes of individuals who no longer have the mental clarity they once did? This week, we’re talking about guns and the elderly—specifically elderly individuals with memory disorders—and the challenges we face as sons, daughters, husbands and wives when the time comes to remove a gun from the home of a loved one.
Nebraska Gun Ownership
A 2015 study across all 50 states found that just under 20 percent of Nebraskan adults have one or more guns in the home. While this is on the low side for both the Midwest and the nation as a whole, that means a fifth of the state population has access to a gun at any time. When we consider the amount of the population which will be diagnosed with Alzheimer’s, dementia or another memory disorder by 2060, it’s likely that the two groups will intersect quite often.
Intersection of Dementia and Gun Ownership
While the Federal Gun Control Act of 1968 bars individuals who have been committed to mental institutions or who have been considered “mentally defective” from owning guns, only 33 states use that reasoning to restrict gun ownership according to a 2007 joint study between the University of Nebraska–Lincoln and the University of Colorado–Colorado Springs. The study goes on to state that because one of the common side effects of dementia is increased aggression, having guns in the home of those with dementia and other memory disorders poses risks both to that individual and those around them.
Many stories have been recounted in the news about well-meaning individuals with dementia who became frightened after not recognizing a loved one who retrieved a gun for protection and the disastrous ends to which this often leads. A former police chief and county sheriff, for example, who was unaware that the person he shot was his loving wifeof nearly 60 years. However, this isn’t the only issue that arises when guns and individuals suffering from dementia intersect.
In an article published in Annals of Internal Medicine, medical professionals stated that depression in dementia patients poses another threat. Many health experts correlate dementia with an increased risk of suicide in older adults. Having access to guns in the home can further increase this risk.
Prevention Before Misfortune
The best way to ensure the safety of older adults in your life is to talk with them about gun safety practices. While many older people feel unsafe without access to a gun, it’s important to explain all the risks associated with gun ownership in homes where an individual with dementia resides. No person suffering from dementia should be living alone, so engage spouses and other loved ones who either live with or care for the individual in the conversation. Doctors can be an especially helpful tool in this conversation as their expertise will strengthen your argument for ridding the home of guns.
Even if you cannot convince all parties involved to purge their gun case, impress upon them the importance of storing guns and ammunition separately. It may also be a good idea to hide the gun in a place where the individual who was diagnosed with dementia cannot find it or make the key to a gun safe accessible only to a spouse or caretaker.
Whatever your strategy, remember to frame the conversation around safety from the firearm, not as safety from the individual with dementia. Older adults coping with the diagnosis of a memory disorder already feel isolated; it’s important not to increase that feeling of isolation by implying their state could be a danger to family and friends.
If an older adult in your life has been diagnosed with a memory disorder and is in need of extra assistance, consider a memory care facility. Our assisted living home at Wilderness Hills is a memory care facility specializing in improving the lives of individuals with dementia and other memory disorders. Call our offices today; we’d love to answer any questions you may have.
Dangers of Dementia and Gun Ownership2018-12-142018-12-14https://thewaterford.net/wp-content/uploads/2017/03/waterford_horizontal-copy.pngThe Waterfordhttps://thewaterford.net/wp-content/uploads/waterfordguns.jpg200px200px
LOCATIONS 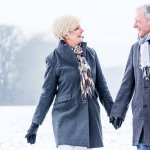 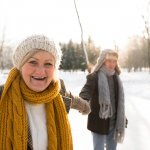